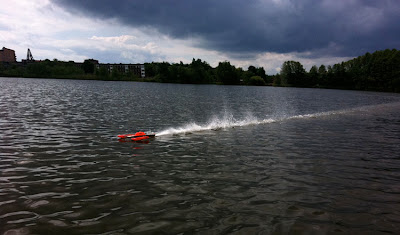 The weather forecast was far from promising and it was quite a lot of wind (around 6-7 m/s). But it was not extremely bad water - just bad... But for sure it was far from being perfect!

(I forgot the camera battery on charge at home this weekend so all shots where made with my iPhone.) 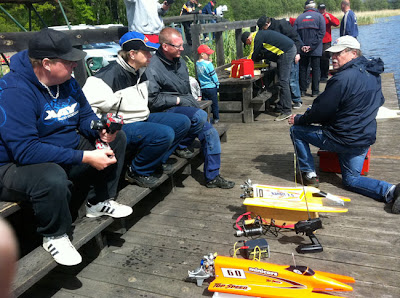 Sometimes the sun came out but it was never "warm". 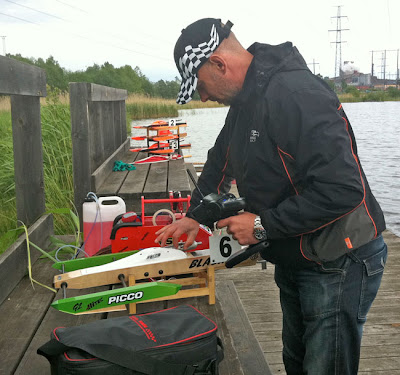 Stefan raced his new BlackBird G2 for the first time. This is on Friday practice. It looked really good on the water - even in the rough. Chris has done a good job developing it! :) 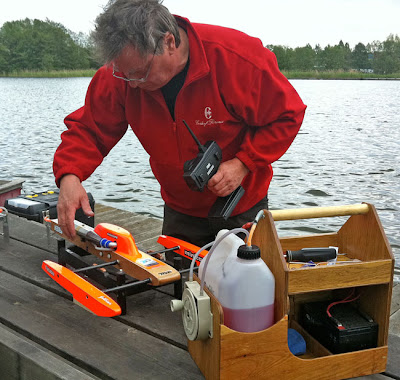 Mr. Sunken (Micke) testing one of his KEP's T2 .21 riggers on Friday. It looked good but he didnt dare to race it as his first boat on Saturday. Its a TecnoPower M03 engine in it that feels very promising. 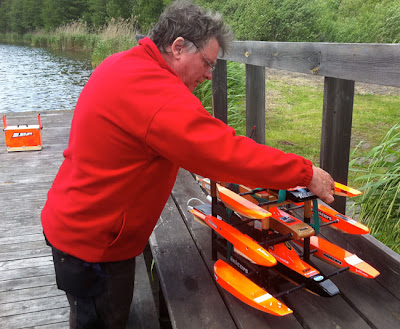 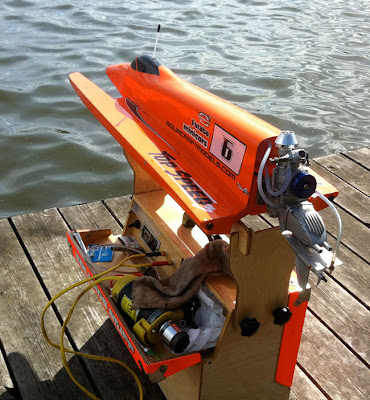 My Aquacraft TS3 stock tunnel. It was quite fast and it handled the rough water really good - equally good as the best HTB290 I think. 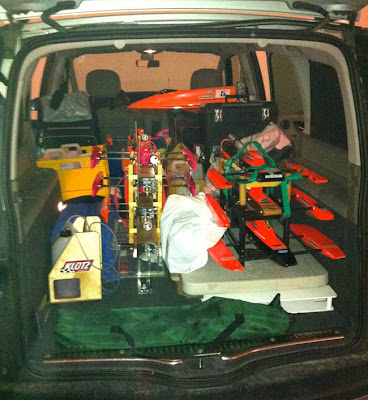 Micke and my boats being loaded in the van before traveling south to Oxelösund. 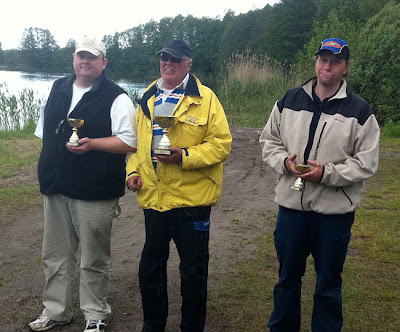 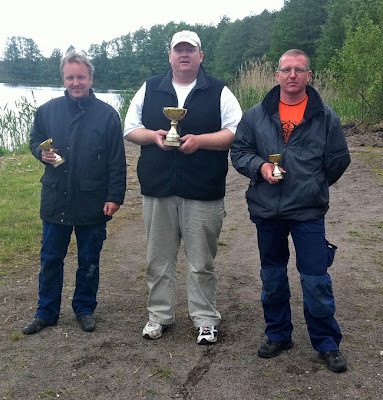 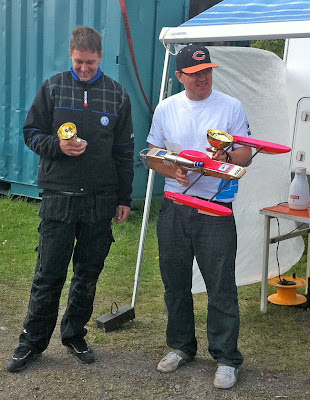 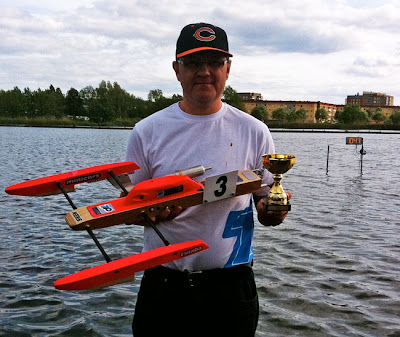 Well its not a beauty shot but its me. ;) 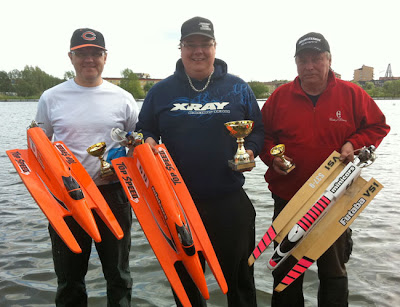 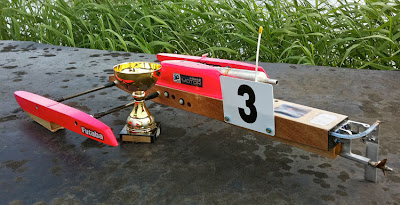 The first race ever with the new TecnoPower M03-21 inboard engine and it won! Feels good... :) 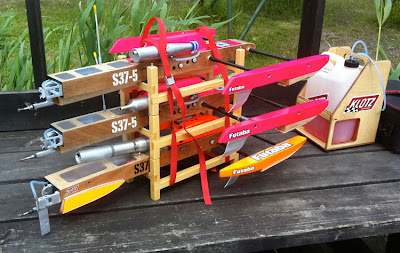 My stack of .21 riggers. Want to build your own outrigger stands? Here is info on my rigger stack-on stands. 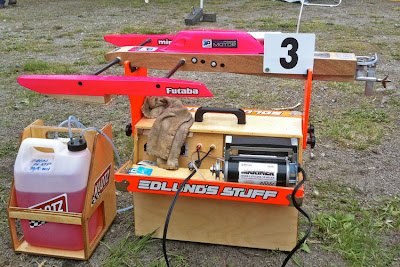 Some of the stuff used by me: