The second round of the Swedish stock outboard class was also run this past weekend in Ludvika. The qualifying had some rough waters but the final was a little smoother - otherwise we VS1 drivers would have been totally smoked... ;) 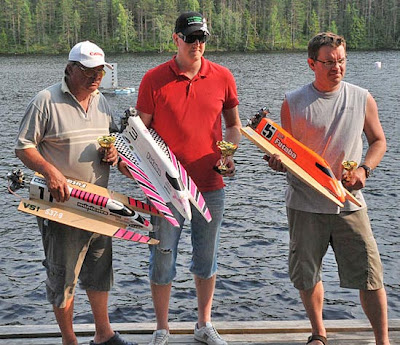 Click HERE for Nillas webalbum from Saturday. Some of the pictures are borrowed from her web album. :)

Micke's VS1 attacking on the inside. 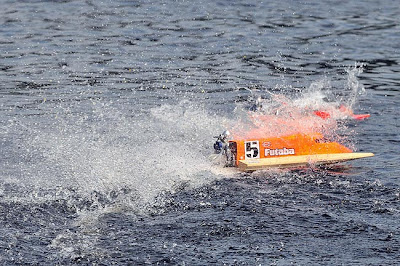 Its me on the inside of Stefan's HTB - looks good but I rolled it 2 meters after this shot. 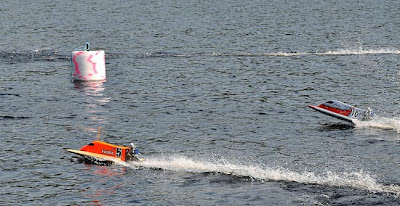 This is actually just before the shot here above. Wide in - fast out was the idea. Then I rolled it. LOL
Posted by NE at Tuesday, July 06, 2010

Email ThisBlogThis!Share to TwitterShare to FacebookShare to Pinterest
Labels: HTB 290, Ludvika, OTA, VS1