The second round of the Swedish hydro nats was run July 3-4 2010 in Ludvika in very windy conditions. Some of the heats you could only run at the very lowest speed possible as the waves where so high. I leaned it as much as possible on the water or it would have flooded and died I think. Most of the heats it was so lean that if I would have pulled the trigger WOT it would have died right away... 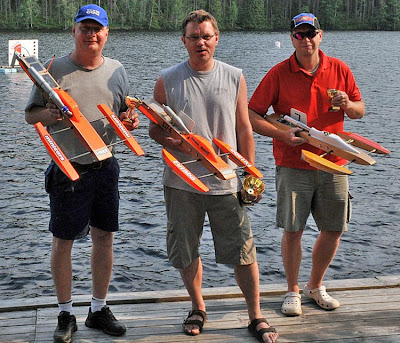 Ps, the boat Jörgen is holding in the picture here above is not the boat he raced with - its my YAP's 21 that is not suitable for our type of racing...

Please check out Nillas picture gallery from Saturday - click THIS link. Some of the pics here are borrowed from her. :) 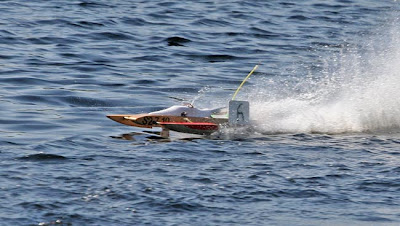 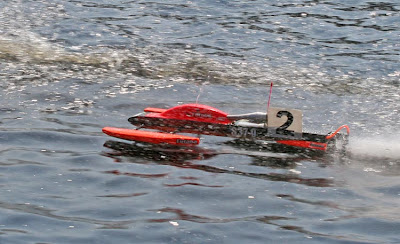 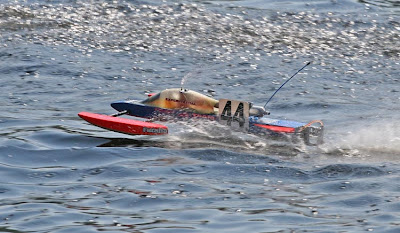 Jörgen's Eagle 21 with gear drive was almost as good as my Kep's 21 in the very windy conditions... ;) 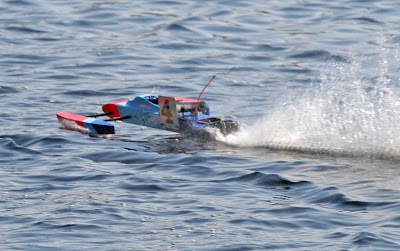 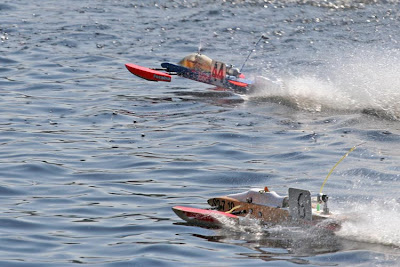 Yes, it was rough conditions! 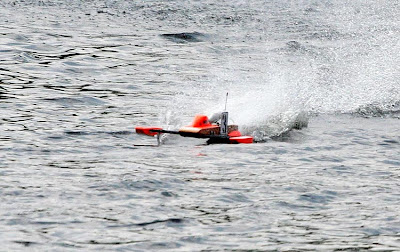 My Kep's 21 penetrates the drink pretty hard but I had zero DNF's. :) 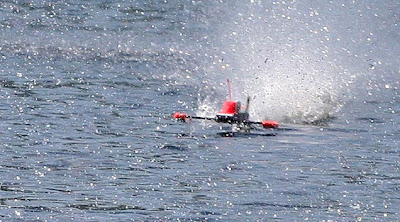 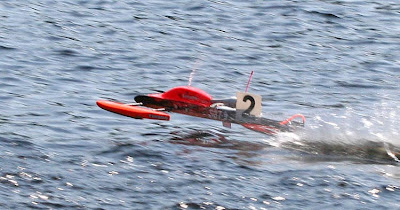 Did I mention the water was rough on race day?

Check my Kep's 21 how deep it penetrates the water after a jump. Need to make the tub higher eventually...

Sune Persson finally got his 21 rigger to work. 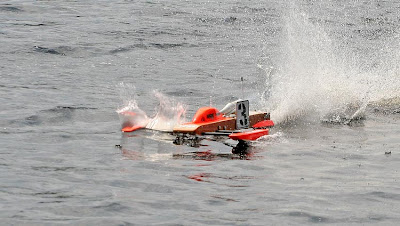 No, it didnt stop but with water spray from the sponson tubes you know its not really time to prop-up. LOL 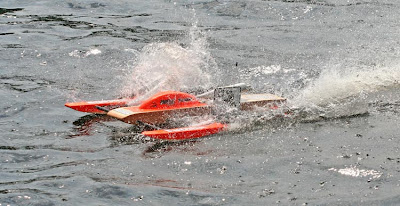 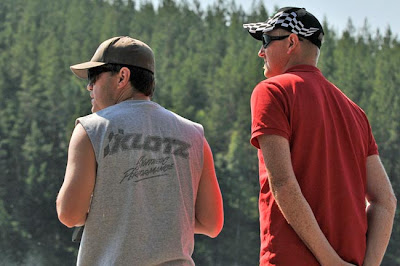 Benke was my co-driver in hydro. He did a splendid job. Now he and Stefan has their own RTR Kep's 21's - hope they will make it to the next nats in hydro also. :) 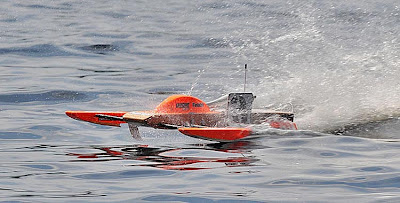 Next race for me is the NAVIGA FSR World Champs in Hungary. See U there.
Posted by NE at Tuesday, July 06, 2010