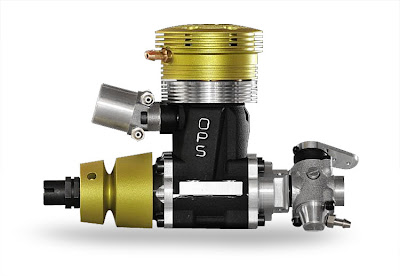 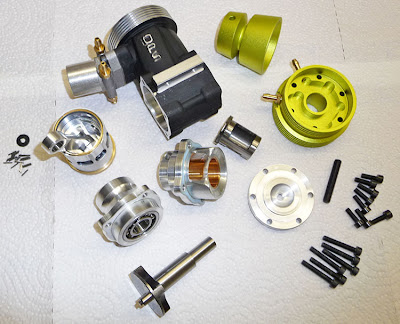 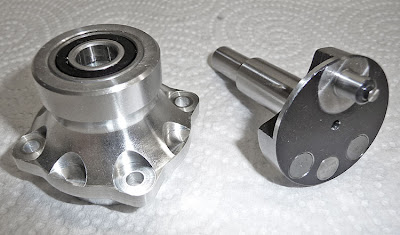 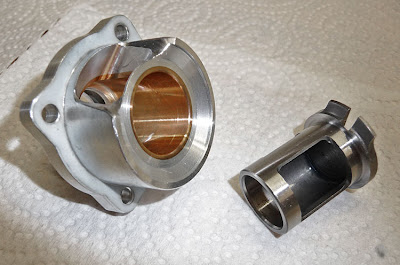 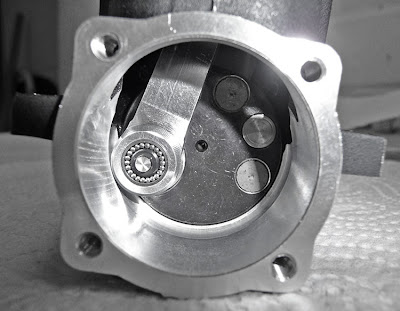 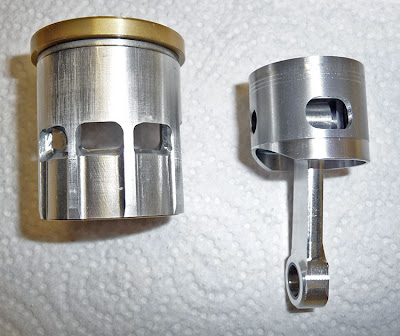 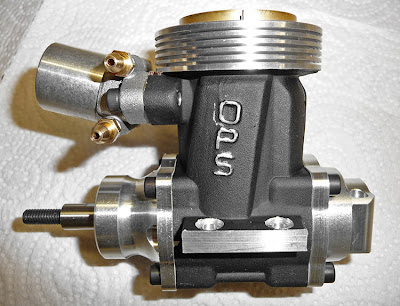 A new OPS 15 cc engine is on its way... The comments it has got so far has been kind of mixed between its nice that there is more engine manufacturers on the market and that it looks kind of "week"... U be the judge. It will be interesting to see it in action though.

Updated 10/3-09: According to my sources the OPS 90 "Bi-Metal" engine is available from the Mantua factory now. The retail is €479 in Italy. The engine has a 5+3 ported sleeve which is manufactured as "bi-metal". It looks like the sleeve is std chromed brass but it has another sleeve on its outer diameter also...!? It looks like that outer sleeve is made out of aluminum but no info is available at the moment to confirm it.

March 19 update:
- Combustion chamber is for use with high nitro and use std threaded glowplugs
- The cylinder sleeve/liner is chromed brass with an ergal aluminum sleeve as in "bimetal"
- Piston: "vulcan" type (?)
- Crankshaft: Balanced with three weights (as you could see already on my pics)
- The conrod use needles as bearing
- New carb with 2-needles low & high-speed (the pictures doesnt show that carb though!?)
- Power output: 4.5-5 HP
- Capacity: 14.915 cc
- Stroke: 23 mm
- Bore: 28.72 mm
- Weight: 880 gr (including exhaust manifold, flywheel and "nut")

Update March 21: I got a picture of a ducted fan version of the new OPS90 from a German guy. He had measured the timing on that engine and it's exhaust: 180 deg, transfer/booster: 127 deg, drum intake: total 200 deg (35/55). I dont know if the timings in the marine version is the same though...

Send me a mail if you have tested it or any other related info about it. e-mail

The first picture of the complete motor is from "BoBoKwok" at the Prestwich forum
Posted by NE at Friday, March 06, 2009