This past weekend we raced our last Swedish '09 Nationals round in the FSR-V classes. The race was held just outside the HQ of Scania Trucks in Södertälje just south/west of Stockholm. The weather was absolutely perfect with no wind on Saturday (20+ C) and also on Sunday up until noonish. Then the wind picked up so the last finals where a little bumpy. 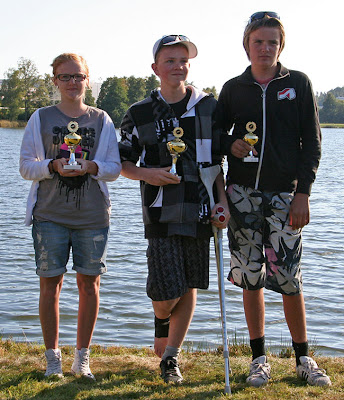 Magnus had a perfect final with very good driving all 30 minutes. Matilda in second place finally finished a complete final (I think it was her first full 30 minutes) and she was happy like no other... Jesper was driving good for most of the final but I think he had an stop at the end. Fredrik had a bad start and then lost his drive gear on the motor so he DNF:ed. But his Falcon II boat is scary quick! :) 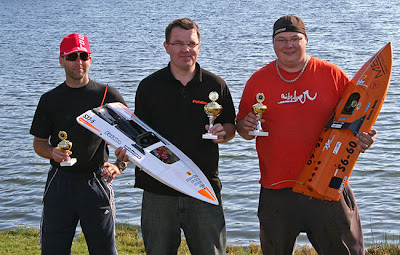 This was my second FSR-V race of the season. The last one in @ the GP in Eksjö I won in very windy conditions. This time it was perfect Falcon II weather though = almost no wind! I was about half a lap down at the start but the boat was pretty good when the tanks where full so I started to catch up ever so slowly... :)

At about 10 minutes I was up on a podium finish. A couple of minutes later I caught Mats Angseryd that was leading and we had a good fight for a few laps. I got by and was in the lead. I extended the lead and was just about to lap Mats at the 5-minutes to go mark when his boat DNF:ed with a broken crankshaft. But at that time we where so far a head of the other guys he still managed to finish second!

The last 5 minutes I just cruised and did big corners etc. It was a nice feeling winning a nice fast heat for a change! But as I only raced two races this year I would not have a chance at the championships (I needed to do at least one more race to be a contender for the title). The main focus was to qualify for the NAVIGA worlds in Hungary next year and that I managed. :) 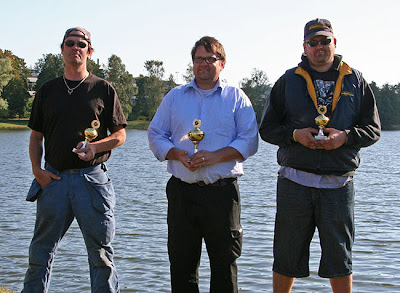 Anders Stenström from Eksjö won his first race and was thrown into the lake as the protocol states. LOL 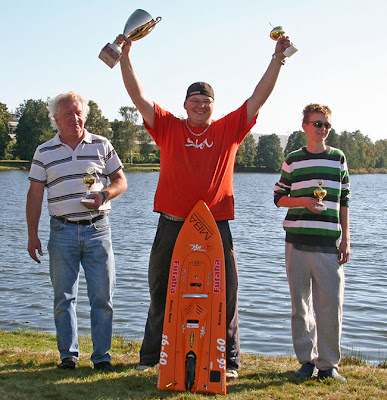 It was an all Mats & Peter battle from the start. After one lap they had a straightaway lead. I think Peter had some issues and maybe a stop also but Mats was fast and won quite comfortably. 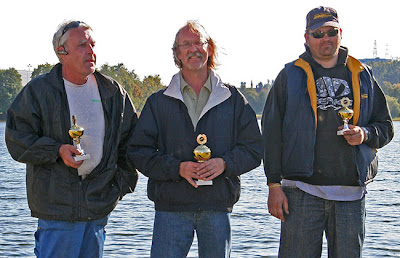 Jan-Olof was leading from the start and he took his first win in the gas class. He got thrown in the drink also of course. ;) 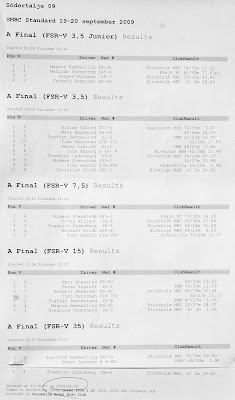