As I mentioned briefly in my race report yesterday I have updated my latest Kep's .21 '09 rigger slightly for the last hydro nats of the season. When I built it this spring I changed it to an "Jap" type of no rear sponsons design instead of the normal set-up we use with two rear sponsons.

You can watch a video of it from when I tested it the first time this spring HERE and some more pics HERE including pics of the rear support ski-ramp (that I have removed now - read on).

My experience with the central "ski-ramp" on my '09 Kep's where quite good to begin with early in the season. I made it with a an overlapping step so the lower running surface had about the same AoA as the ride surface of rear sponsons would have. The advantages I found with that ramp was that it runs really light with very little drag from the KS brass tube and strut as they are either covered or run above the water level. Its also very easy to launch from the pontoon as the prop doesnt dig down as deep as as when we use no central ski to cover the flex-tube. The boat pops-out of the water quite soon which is nice especially with the .21's. You can also pull more prop and its in general easier for the motor as the strut is almost at an given hight above the water at all times = better throttle pick-up and better accelerations. I could almost pull any prop I wanted also, but for a good race set-up I usually used an ABC H6 with 3.6 cup by Mark Sholund. When testing I could easily pull a ABC S15 prop with 3.75 cup by Mark but its not that race friendly of a set up on this rigger... ;)

BUT as my Kep's designs (so far at least) has been with the std forward type of engine placement and light rear end it doesnt really work that good when you race together with other boats! Racing on your own it's usually no issues what so ever but in the choppier race waters it has been a handful up until now...

In the first two nats rounds this year I have had one of the fastest .21 riggers (only Mikael Sundgren's Kep's '06 could keep up) but when starting to lap other boats or if I made a bad start and had to go through wakes etc I often DNF:ed. During the summer I tested with different fin placements and designs but nothing really helped. Finally I came to the conclusion that the central flat-bottomed ski-ramp was taking away almost all drag (too much) from the rear so just a little extra chop would make the rear end of the boat to come out of the water and the rudder un-hooked. That made the turn-fin hook badly and I usually DNF:ed. Very frustrating.

But for the last nats (this past weekend) I removed the rear ski from the tub and put on a pair of left over sponsons instead (see pics here below). The strut hight and AoA was kept intact. Now the handling is super good! You can tell at the launch that the engine works slightly harder though but its no biggy. In the corners it now feels there is full control and rear end has enough "grip" and stability. I can put it anywhere I want. Nicers!

Do note these reflections are valid on my boat - it might be different on your boat. But for heat-racing I think that the boat design need to be more like a "Jap" style with the engine more to the rear so there is more weight on the prop so to speak to make it work. With a light prop-weight design as on a Kep's nitro rigger you better stick with rear sponsons and exposed flex-tube if you will race it. But if you just want to have some fun or do SAW testing I can recommend the ski-ramp type of rear support! 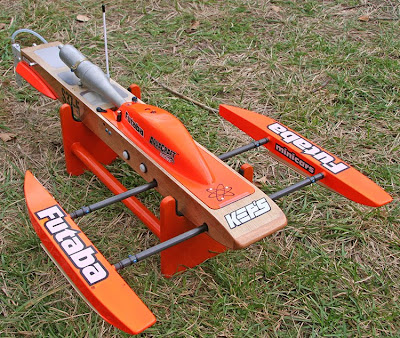 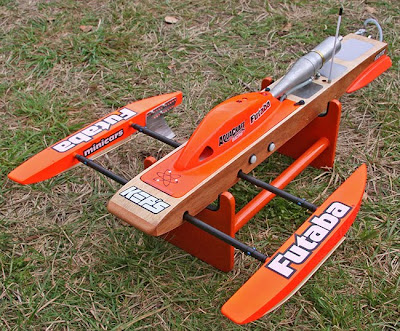 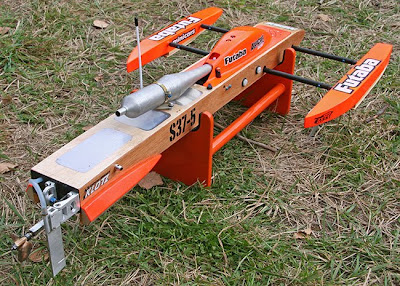 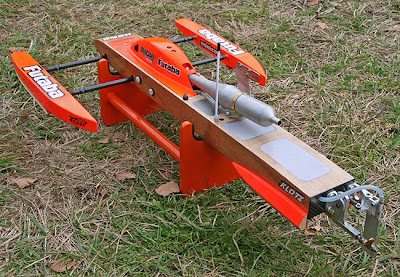 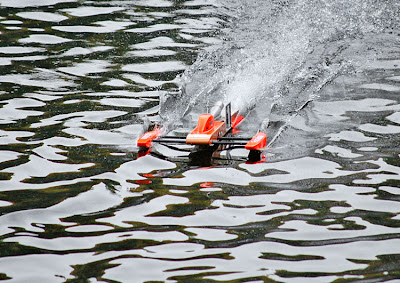 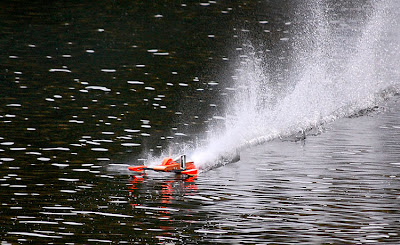 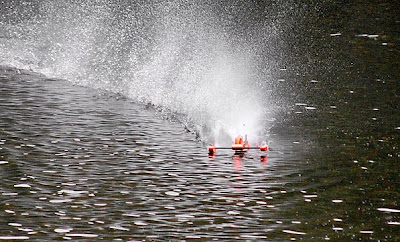 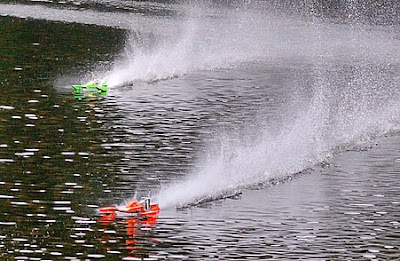 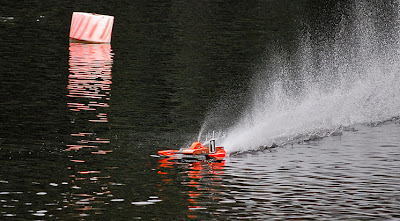 The pics here below is also a Kep's .21 '09 rigger but it belongs to Mikael Sundgren. I have built the tub and the front sponsons but he has made the rear sponsons himself. The front sponsons ride surfaces are exactly the same as on my '09 boat shown here above. The differences are only visual - I made them kind of "stealth" looking for Mikael but they take way too much time to do with all the angles etc... ;) But he uses a flat bottomed strut instead - I use a round bottomed one. Its not that big of a difference. 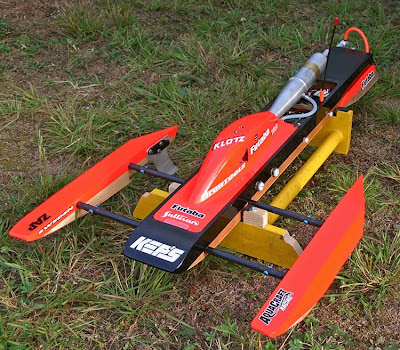 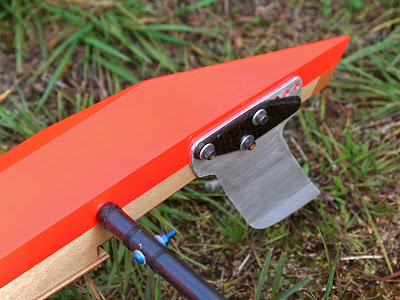 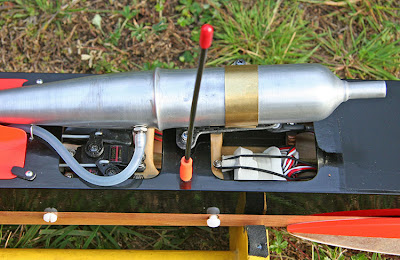 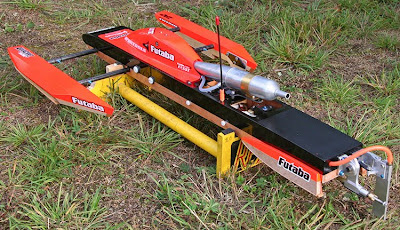 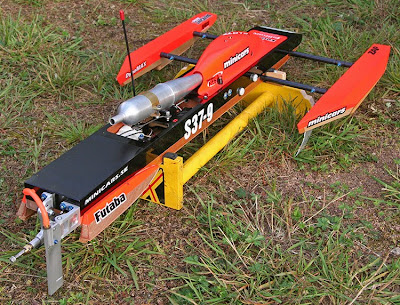 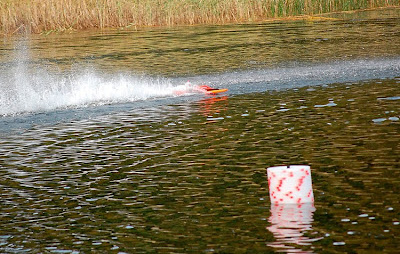