Swedish nats round 3 in OTA

This past weekend (Saturday August 22) we race our third nats in the stock outboard tunnel class. Normally we race at the same time as the heat racing outriggers but this race was a little special. It was held in the middle of Norrköping in the river of "Motala ström". This weekend it was an city festival also so it was plenty of people checking it out. Overall it was a good race with nice weather but with strange water conditions. More on that later on...

More pics from the race can be found HERE (I borrowed a few). 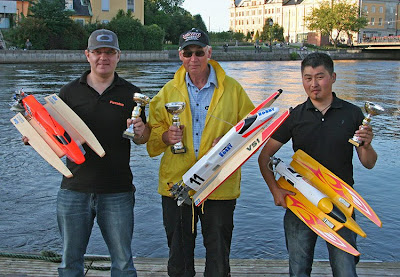 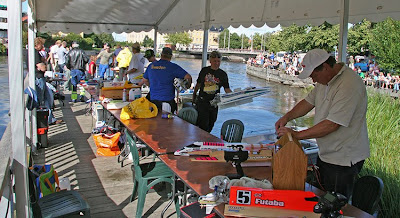 There was already a pontoon in the river that is used for the local city sport fishing guys. It was perfect for our pits! 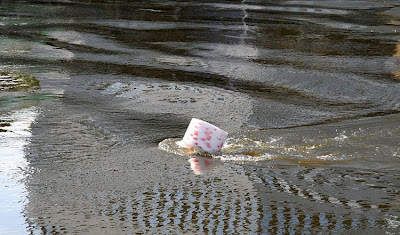 Upstream the river is a few water-energy gates and just the day before the race the energy company decided to open up the gates so the flow of excess water was about 3 times more then normal. The wave conditions changed from one minute to the other because of that. The wind did nothing for the waves... Strange. At some point it looked like the buoys would be dragged down below the surface. The wakes that the buoys themselves created was intense at times! 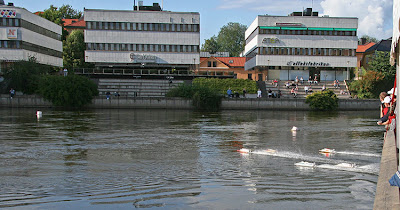 As said. It was in the middle of the town. This is the start for one of the heats. 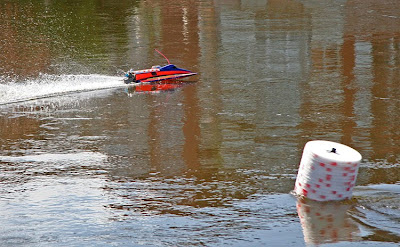 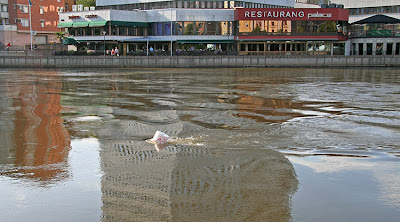 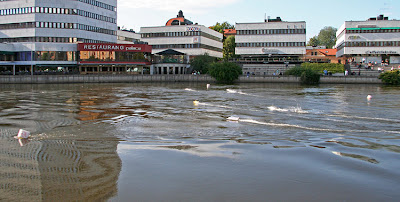 There is a smaller pontoon to the right that you dont see from this pics from which we launched the boats and drove from. 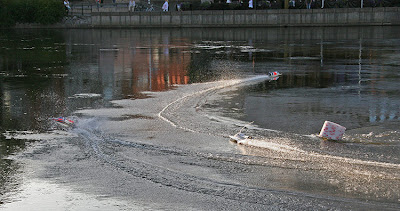 This was a calm heat - lucky guys. 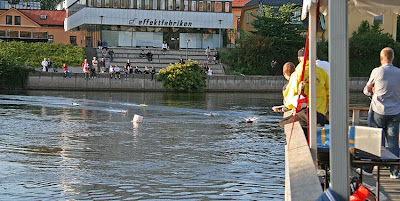 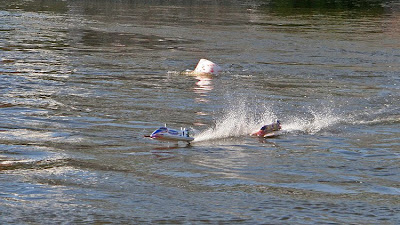 This was a not so calm heat. Christer gets air born and Stefan nose dives... 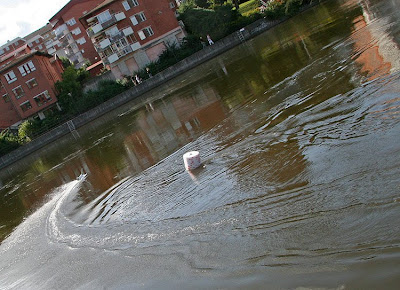 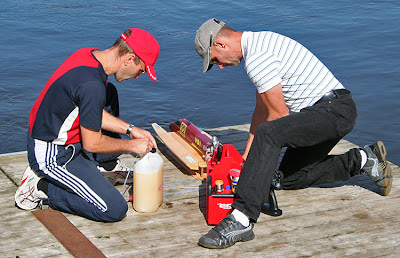 Stefan Adolfsson (right) and mechanic Staffan (left). This was Stefan's first RC boat race - I think he liked it. 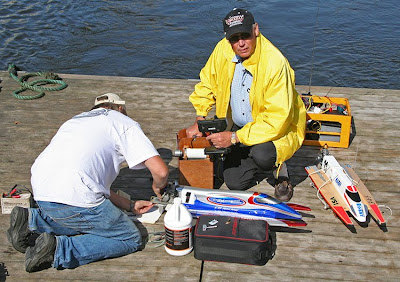 Christer wrenching on his now "dead" James Clegg built HTB290. In practice his radio connection was dead when at full throttle towards the pontoon. He hit the pontoon dead on and the boat was crashed (we suspect a battery connector came lose). Luckily it did not go on top of the pontoon so no one was hurt. But the hull is no more... 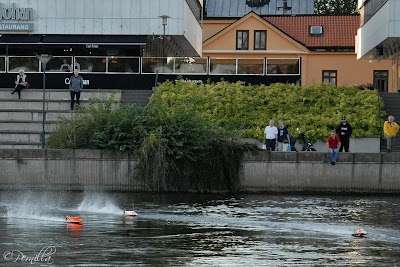 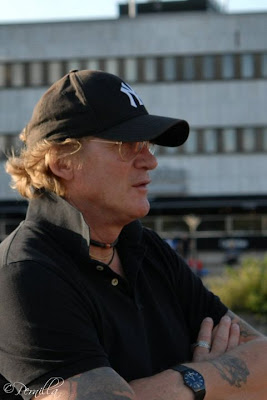 If you're into RC car racing on an international level you have most likely met this guy. It's my old friend Erhard Mathiesen - or better known as "Dallas". Dallas is the president of IFMAR and EFRA (the world wide federation of RC cars and the European RC car federation). Norrköping is his home town and he came down for a visit. Personally I thought that he would be in Switzerland for the IFMAR worlds in 1/8 on-road cars but he left early as he had some obligations at his home turf.

BTW, Lamberto Collari from Italy won it AGAIN. Here's some info of that race.
Posted by NE at Monday, August 24, 2009