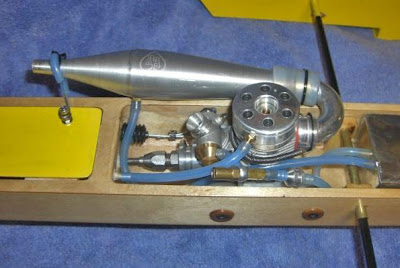 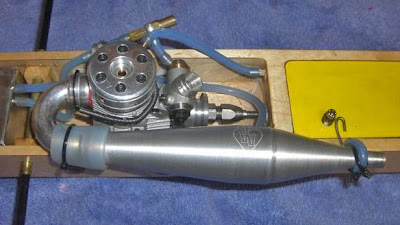 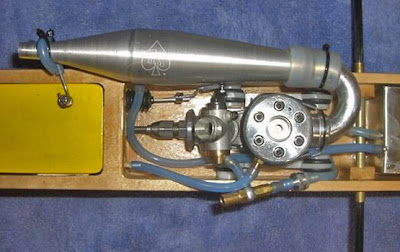 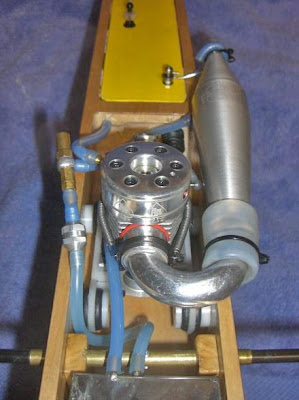 This is information from Rob Duckering in a forum thread at International Waters forums.

"The start of something great is on the horizon... I got an email from Al Hobbs today with some exciting news. He is finished testing of his new 21 front intake, rear exhaust engine. Tests have shown a bone stock engine running one of Al's own specially made pipes ran 68 mph pulling a full blade H-7. The testing has been underway since last March. It will be known as the AA SLS 21. The SLS stands for super long stroke. The engine is made exclusively for Al by Axe Rossi.

We are taking their stock engines and making changes for our way of racing, then putting the AA logo on the engines to differentiate between the AA engines and the normal Rossi engines.

Later, there will be an engine to compete with the rear exhaust CMB (Valvola). It will be very much like the MAC 21.
There will also be a 45 engine like the MAC 45 and a 67 that will be like the MAC 67 and an 84 like the MAC 84. There is also a proposed 90 which Al will announce after a visit to the factory again in October.

The new engines will be called "Aces"

A little bit about Al. For those of you who do not know Al, he is one of the most devoted individuals I myself know in the model boat racing world. He is a former president of NAMBA and was very involved in the Mac series of engines from the start.
- He is a boat racer plain and simple.
- He is a stand up guy.
- He brought the Kalistratov line of model engines to north America.

There will be pipes as well designed for every engine.
The first 100 engines are scheduled to be delivered mid September.
Price was not confirmed to me by Al..."