This is me testing one of my new Kep's .21 "09" riggers yesterday in Oxelösund. The video shows it being in the drink for the second tank of fuel ever. The CMB "green head" Valvola engine is brand new also - I'm running it in in the video... The boat set-up was done at home according to my drawings and it was not handling too shabby in the quite choppy waters... ;)

In the video it runs a stock "right-out-of-the-bag" Aquacraft GrimRacer 44x66L prop. With that I mean: it was not sharped, balanced or cupped = right out of the bag... Its a very good starting prop for running in a new .21 rigger engine I think. The GrimRacer 45x68L is also a good start prop.

First let me make it clear - the "09" version is not at this point meant to be a new "Freebie". It's not even developed yet, I even have different versions of it with different sponsons...

The main things different vs the Freebie is this:
- Wider tub with off-set motor and drive line.
- Slightly different front shape of tub.
- Different sponson tube spacings.
- New front sponsons (in all we have three designs to test).
- Prop-support ski ramp with a "step" - no rear sponsons.

Later that Sunday when the water was smoother it did about 102 KMH / 64 MPH with the engine still not run-in and the set-up not changed. Now I need to make some new turn fins, blend some new fresh fuel, sand the running surfaces of the ski and sponsons flat and smooth and test some more... :) 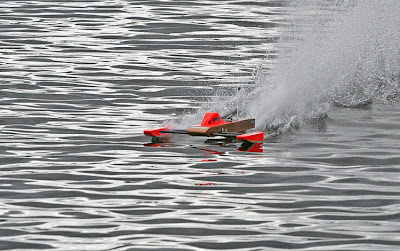 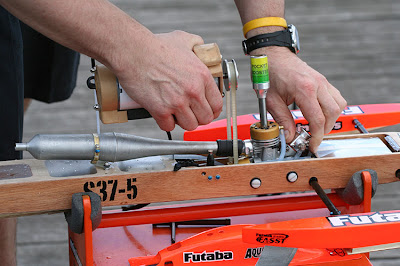 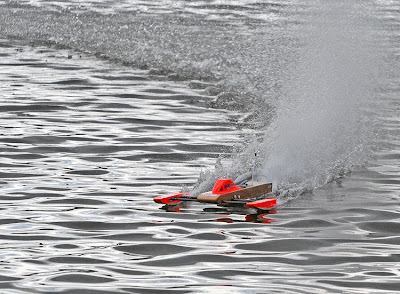 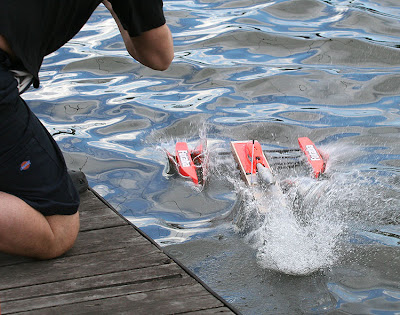 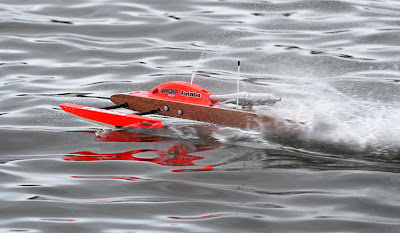 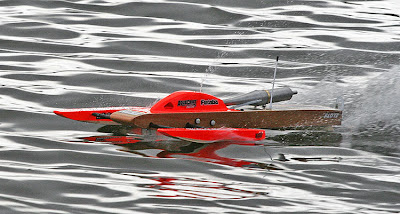 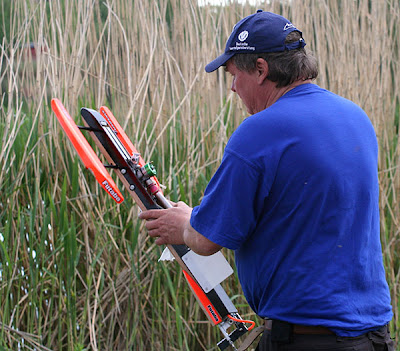 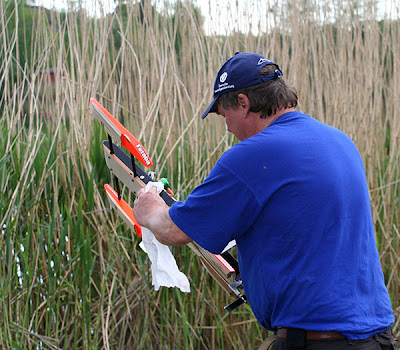 Micke's SGX 45 is quite good in choppy waters but a "dog" when its smooth... Here it's a little loose. 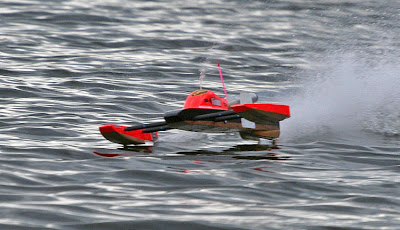 A little more airborne... U think its all good? Think again... LOL 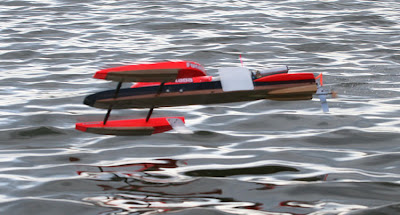