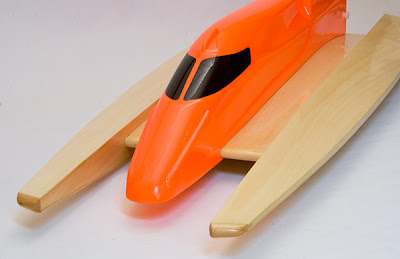 I've started building my own VS1 tunnel hull now. In Sweden we're going to have an official national champ series this year so I think it will be quite a lot of racers. We race only one class and it's stock. So very few mods are being allowed. I'll come back to that in a later blogg. Do note, I´m NO tunnel expert in any way, I have only done one tunnel race so far in my whole life. :)

I started with painting the cowl neon orange (HOK neon color & Sikkens 2K clear coat). And I made my own new templates for different style window(s).

If you, like me, painted the cowl - the original windows are gone. So if U liked my new lower profile windows on the cowl, you can print this template out then trace the outsides of them with a pen on the backside of a vinyl film of your choice and cut them out with a pair of scissors. If you e-mail me I can send you a better PDF file for printing... 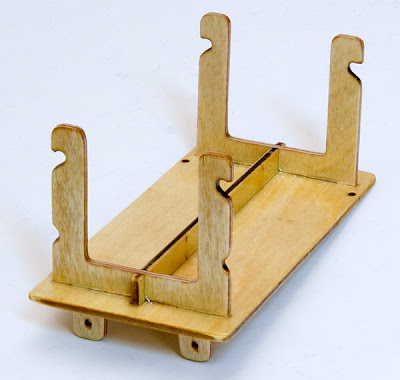 The drawback of having these made in China is that the plywood they use are not what we're used to here. So I traced the stock fuel tank plywood "U" parts and cut them out in 2.5 mm birch airplane plywood of a slightly better quality. They're slightly higher also so. The mounting plates are stock items. Then I covered all the plywood parts with ZAP finishing resin (after 20 minutes I wiped most off with a rag). 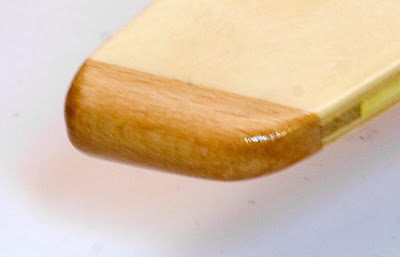 The stock VS1 hull has a nose block in each sponson tip that sandwiched between the deck and bottom sheeting. I think there is a chance that they can split of in contact with buoys, pontoon or other boats so I made some new hard wood tips just to be safe.

I sanded the nose sections of the sponsons flat so I could glue on some hard-wood sponson tips. After I had shaped/sanded them I put on some finishing resin (ZAP) that is left on to "soak" in and then wiped off with a cloth free paper towel (20 minutes later). No more finishing of them is needed.

A friend of mine (Christer Burström) is building a few new tunnels for this season and he also is building a VS1 for my buddy Juha Honkanen. This is his VS1 boat looking good.

Email ThisBlogThis!Share to TwitterShare to FacebookShare to Pinterest
Labels: Aquacraft, VS1

Cool post! I'm building my first VS1 right now. I like what you did for the sponson tips. I spent a couple of hours last night making sure every seam is sealed.