Just home after watching the semi-final between local team Sirius and the 2004-05-06-07-08 Swedish champs Edsbyn in a lovely game of bandy... Sirius had to win this game or Edsbyn would go to the final... Game ON! 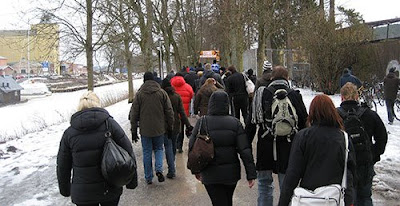 Walking to the arena, it was a LOT of people going there... :) 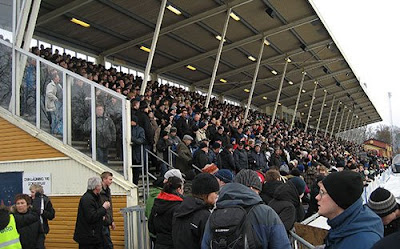 This is the main stands at the "Studenternas IP" arena. It's already full when we arrived! It was 8975 people watching the game! 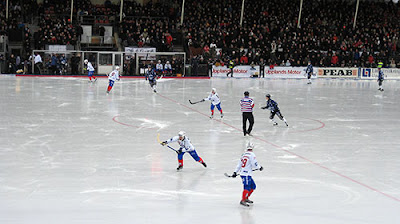 The game begins, Sirius had a few really good chances to score but blew everyone of them... Crappers.

Edsbyn scored two times early in the game and its was bye, bye Sirius... :( 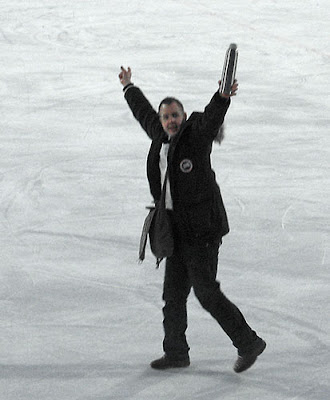 This guy was not too unhappy after the game - I wonder if he even knew the score... He was totally hammered and made a little dance for us... And fell of course. Do notice the mandatory Swedish "bandy-thermos". I can bet U that it ain't chocolate in it... LOL 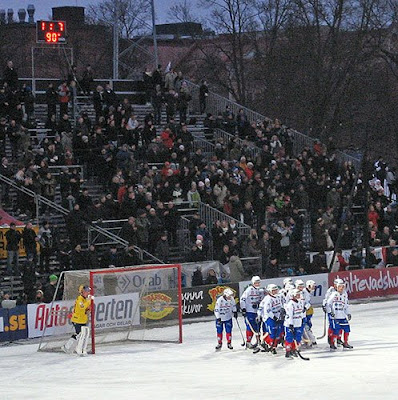 Edsbyn won fair and square. 7-1 says it all. Crap... Crap again. The Swedish final is in 7 days here in Uppsala at this arena where Edsbyn will meet either my home town heroes Saik or Västerås. That semi is not decided yet.

Email ThisBlogThis!Share to TwitterShare to FacebookShare to Pinterest
Labels: bandy