The O.S. MAX-21XZ-M is based on the 21XZ-R on-road car engine and it shares most of its parts with that engine. As in crankcase, piston/sleeve, con-rod, bearings and combustion chamber etc. 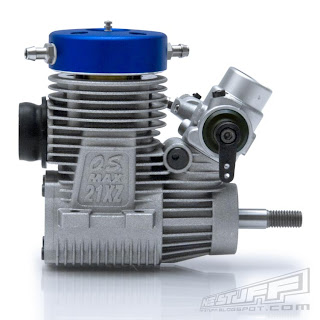 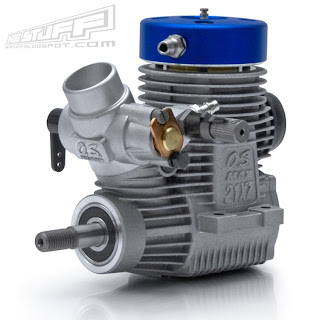 The crankshaft is a threaded marine version as in not "SG-type". But I think they (O.S.) could have it with the std car crankshaft as its easy to use a short flywheel and just cut-off the 5 mm straight part of an SG crank... Thats what I used anyways with the XZ-M crank - I cut it off to the same length that an cut-down SG crank would be at so it fits my short flywheels and flexshaft length. 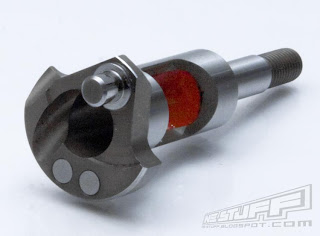 The crankshaft has a silicone ramp that personally I think is not needed on a marine engine today. Its nicely done though but for the performance it's neglectible according to me. Do note, you need to stay-away from using WD-40 and similar spray oils as after-run as they can make the silicone to come lose. 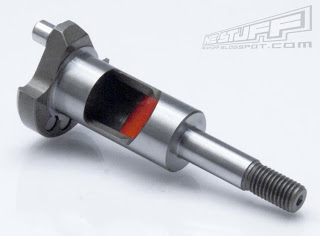 The engine comes with a rotary/barrel type 21D carb with a massive 10 mm venturi diameter. I wonder who can use that large of a carb? Certainly not me, as to begin with it will not fit my boats (its way too big/wide) and I doubt that we can have it to work in direct drive outrigger boats without a gearbox. But to be fair - I have not tested it so I don't know how/if it works... Personally I use a well proven marine carb from Charles Perdue called Zoom 21. That has a 8.7 mm venturi and has worked super on all my engines the last years and it's narrow enough to fit under my cowl. :) 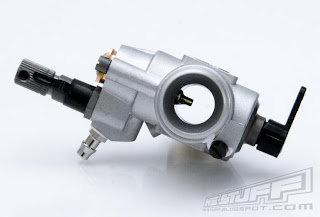 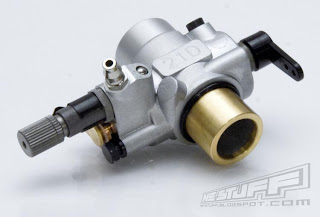 The cooling head is nicely done but the one on my engine leaks a little (there is always water around the plug after a race). The combustion chamber works fine but you can not use a low squish height. Even without any shims at all it's still quite high. I had the button taken down so I could use a lower-squish - I set it at around 0.2 mm. 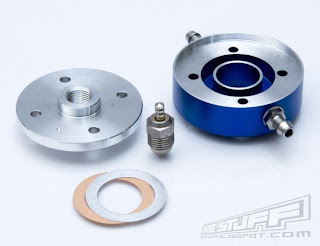 The included turbo cone-lock glowplug is the O.S. P7 that is popular with the car racers but as I only had that plug and no spare ones I have used the TecnoPower stainless C6 plug that I have used for the last years in my 3.5 engines. 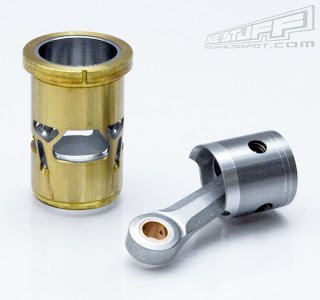 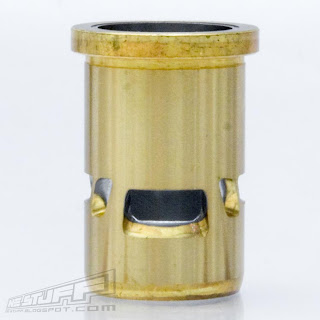 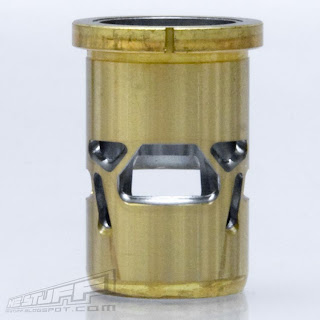 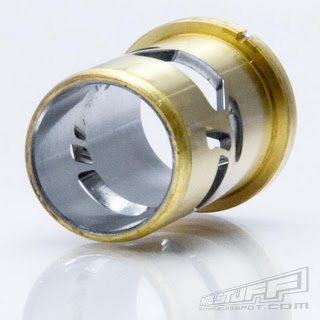 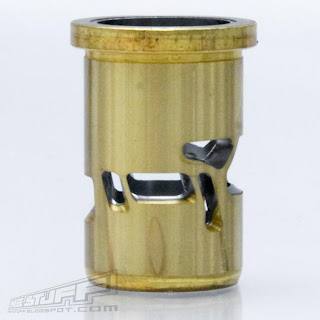 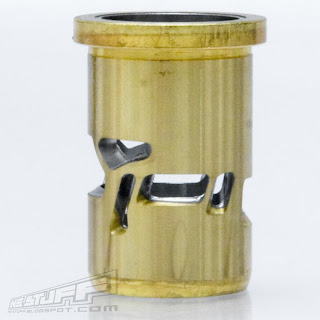 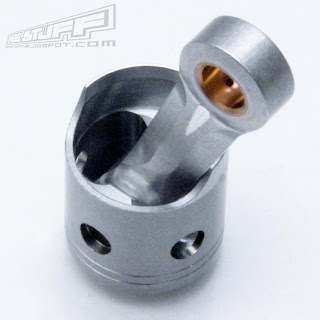 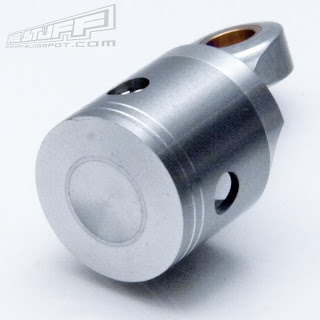 The sleeve is the same as the 1/8 scale on-road engine XZ-R so it has many ports including a 3-port exhaust... But it works really good! 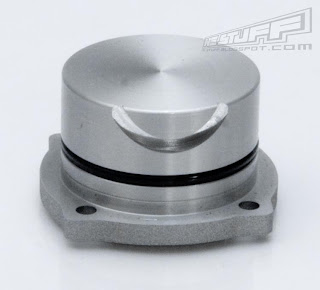 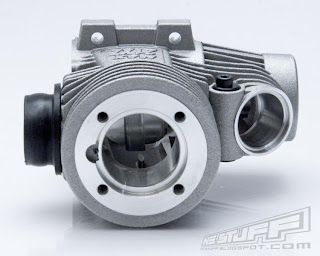 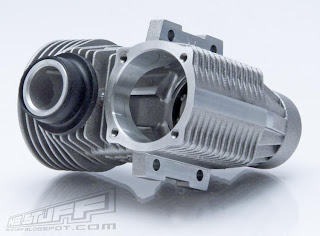 Modifications I have done: 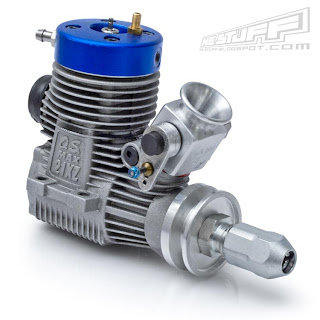 Run-in:
I had it run with my HUDY break-in bench back at home with std FAI fuel (as in no nitro) for 1 hour and then we hit the lake in Ludvika. After the propeller run-in I have used race fuel in the boat with 60% nitro, 7% Klotz Benol (recin oil) & 7% Klotz Original Techniplate (synth oil). In the boat it ran good from the start, but rich of course. It took quite a while to get it to losen up but then I limited the water-flow to get the temp up and then it came lose after a couple of tanks. Now I can turn-it around by twisting the drivedog but it's still tight when hot (but no squiking).

Races:
I have used it for two nationals in Sweden in 2012 and have won booth (Overall Swedish 2012 Champ in H3.5). I also used it at the NAVIGA 2012 world champs in Dessau and I finished runner-up there in H3.5. So I'm very pleased with the O.S. MAX21 XZ-M engine and I can recommend it to anyone wanting a fast engine for a hydroplane outrigger. How it works in a gearbox application - as in a O3.5 or V3.5 boat - I have simply no idea... 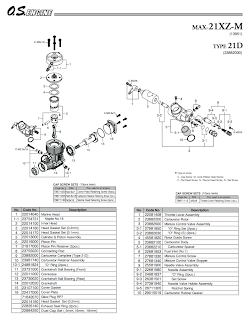 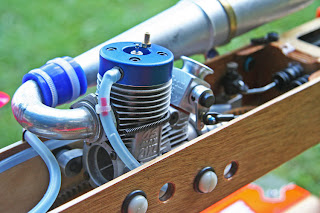 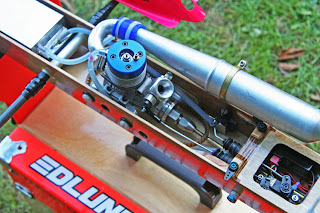 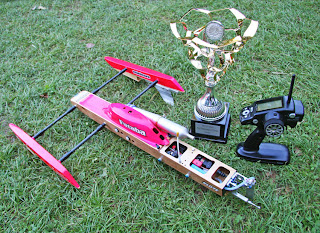 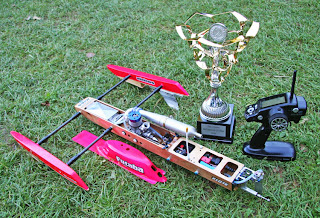