Updated with a video of one 140MPH run of Team JAGS in 2006 at the SAW race at Legg Lake California... 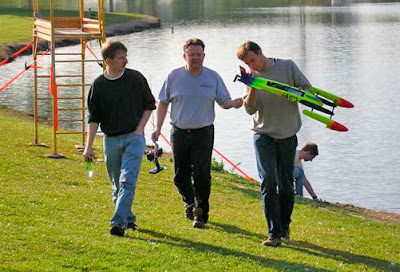 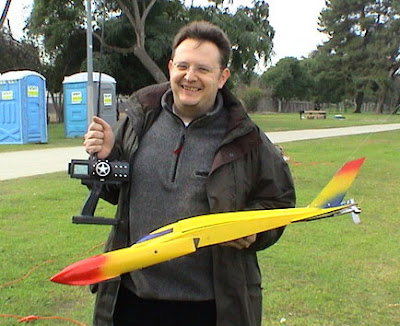 Here's an video from 2006 Legg Lake when Grimm is doing some SAW runs. Dont know the size of the boat though... 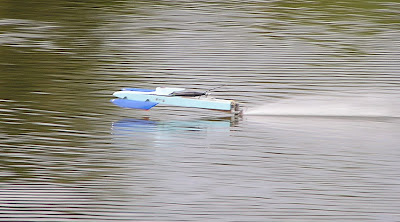 This is Grimm recently getting some air time, its just fractions before he crashes. 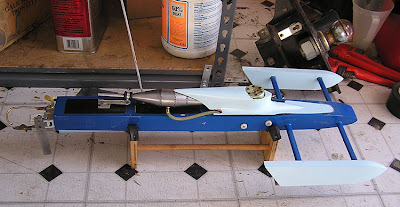 According to Mark himself in the International Waters forum he uses 67% nitro fuel mix, their own homebuilt rigger, a CMB 80 green-head motor and a prop by his son Chris.
Posted by NE at Tuesday, December 09, 2008