Yesterday (friday) was the finals day for all hydro and off-shore classes here in Dessau @ the NAVIGA FSR 2012 World Championships.

For me it started with waking up with a cold and fewer, not a great start. But a bunch of pain releifs hold it down somewhat... My KEP's 21 T2 riggers felt really good and had a "decent" speed. In the end I took a silver medal after K-G Noddeland! :)

The podiums where dominated by racers from Norway and Sweden and it was good racing all day. It was rounded off by the banquet at the race site.

The FSR-V racers have started to arrive and its practice for them at the test lake saturday and sunday. We will be here on monday also for some innitial reports but we're heading home on tuesday morning. 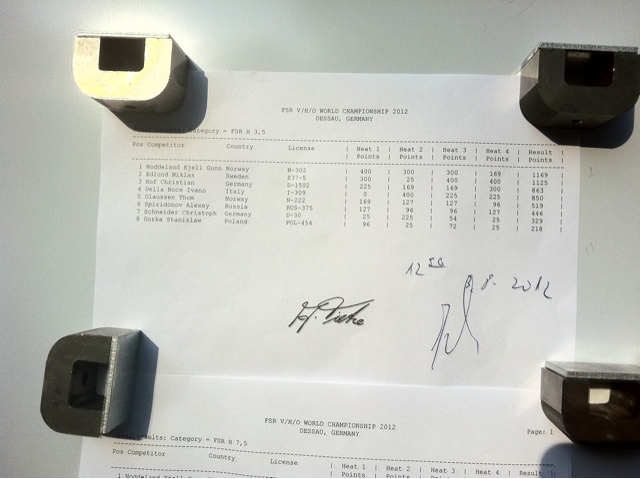 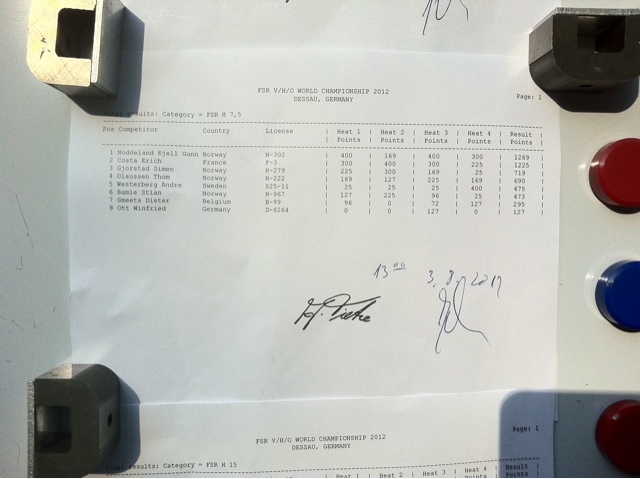 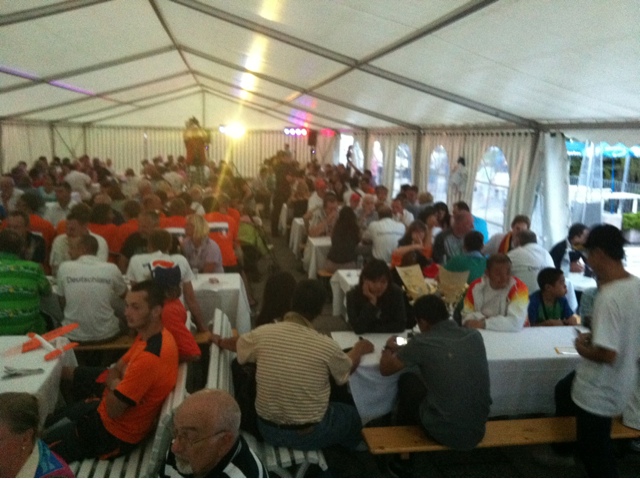 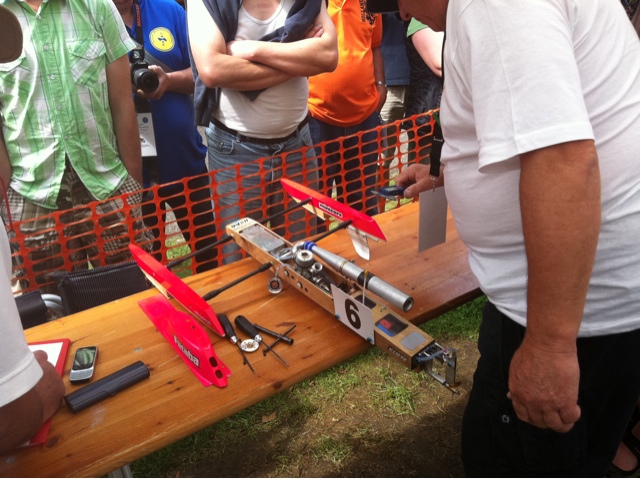 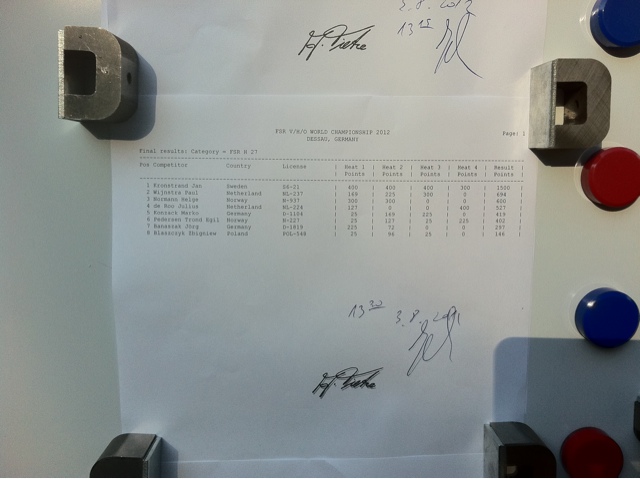 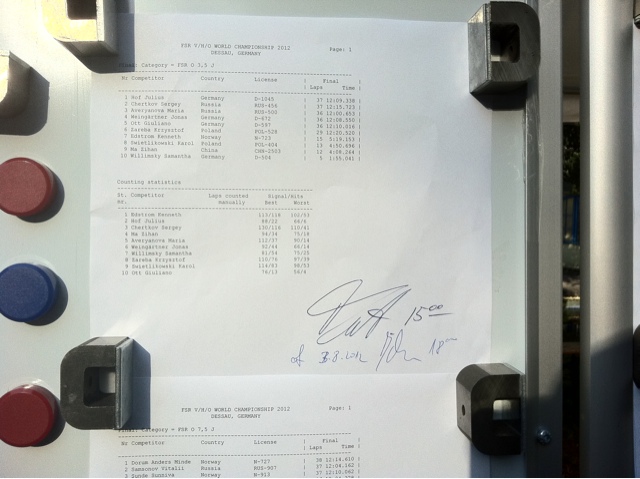 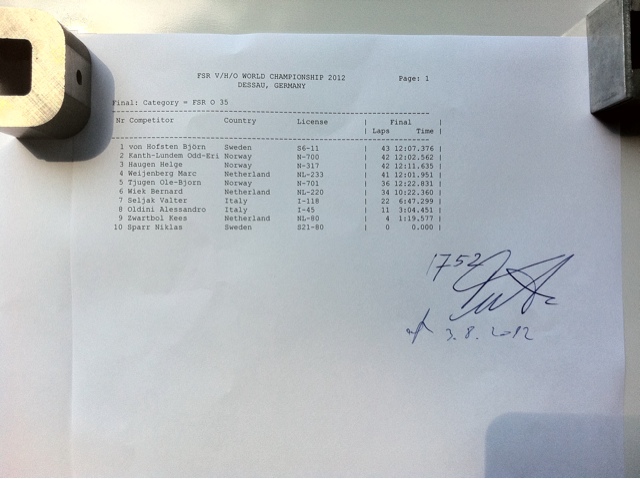 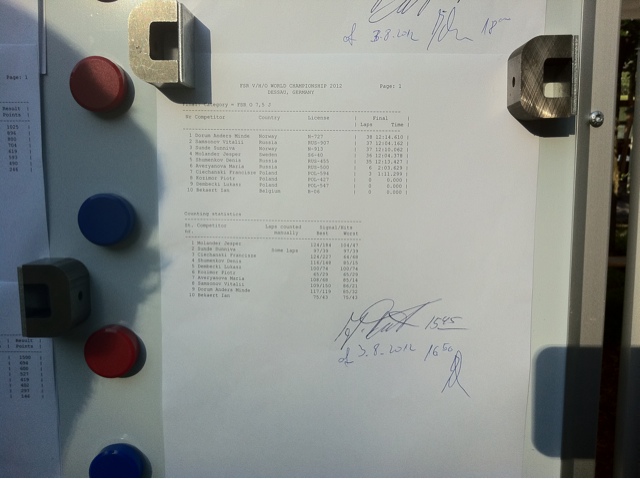 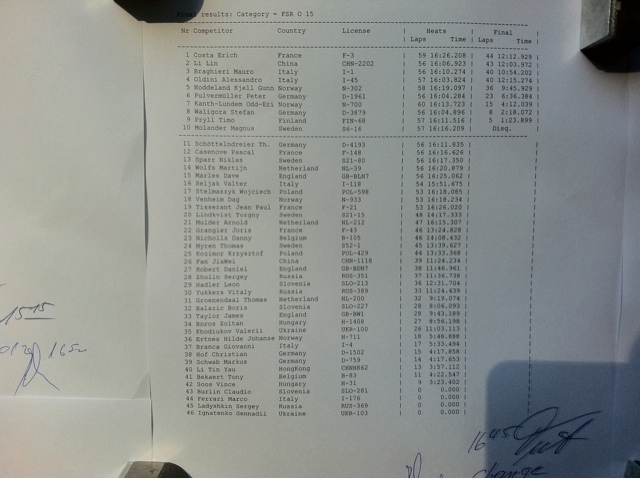 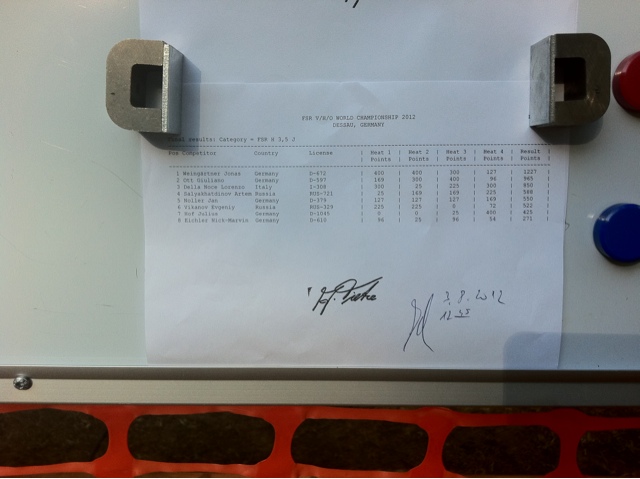 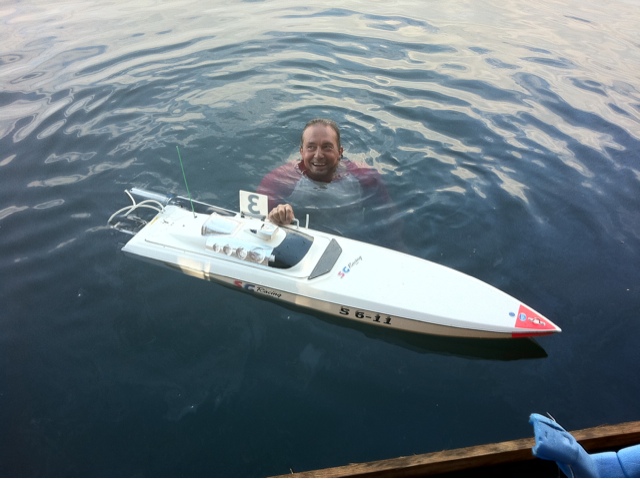 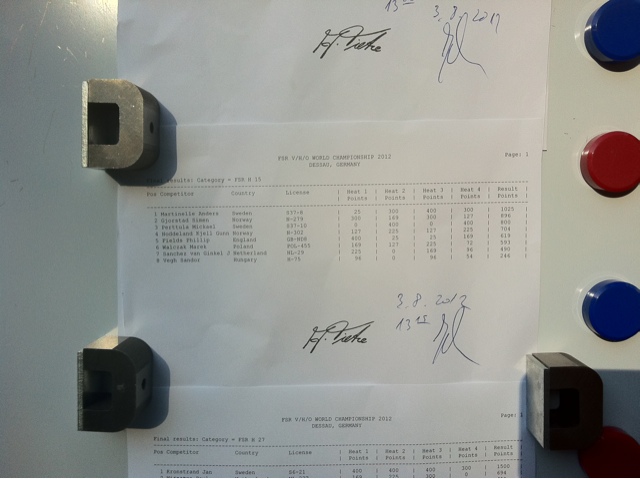 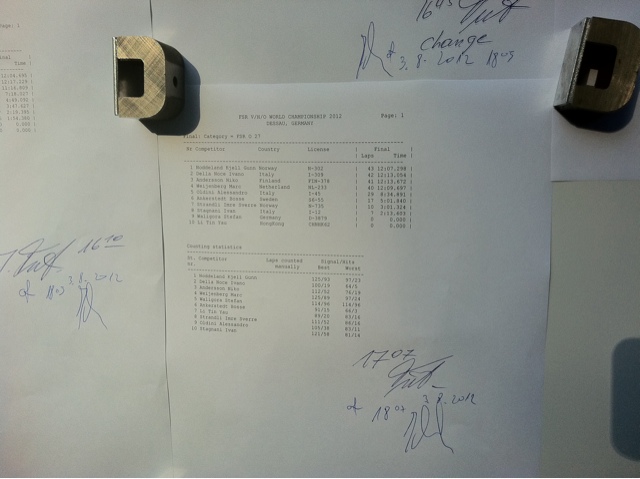 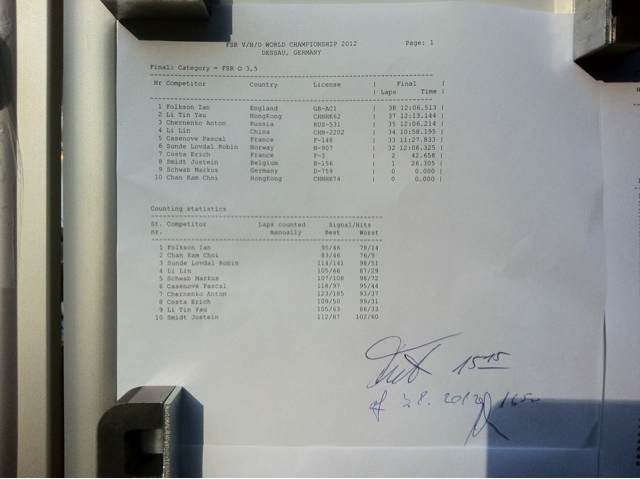 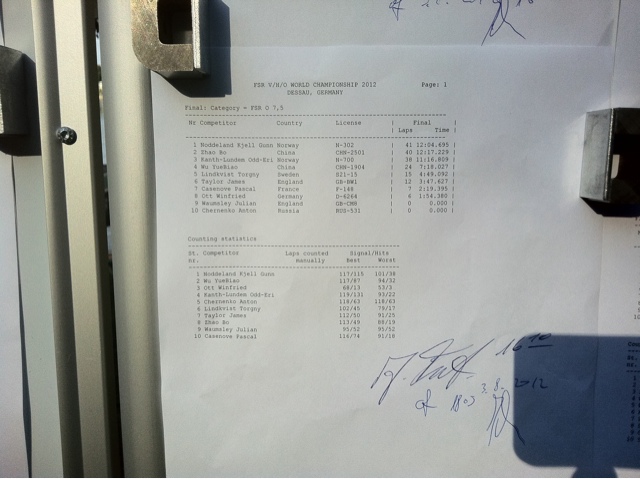