The latest Swedish Nationals in FSR-H hydro and the last race before the Worlds in Germany was held June 30 just above Ludvika. We had decent weather even though it was kind of windy. 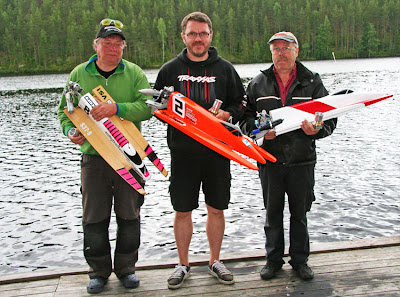 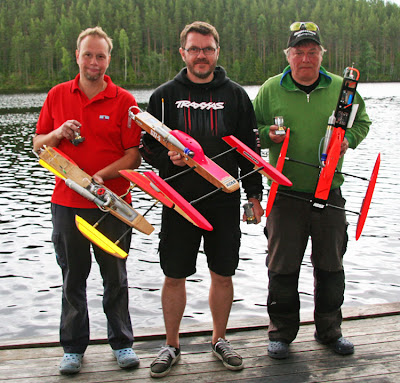 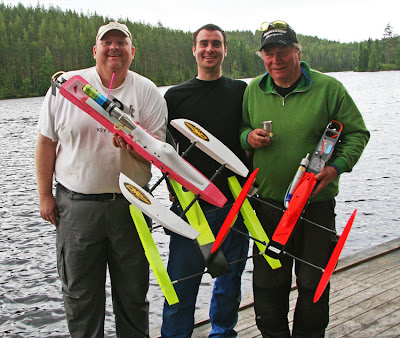 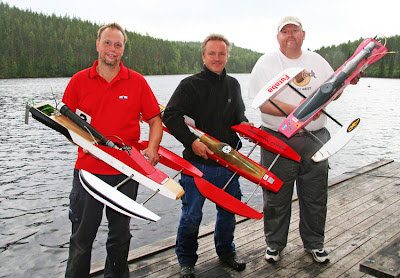 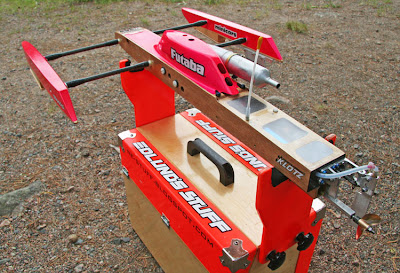 The first "production" KEP's T2 .21 was tested during the weekend also. This one is built by Mikael Sundgren and uses a Novarossi T21-5M engine. Needs a little bit more testing before its race ready...

Fredrik Lundahl won his second H7.5 nats in a row, with his home built from drawings downloaded at this very blog, JAE 45G with AA45 power! Too bad he isn't qualified for the worlds in Germany... 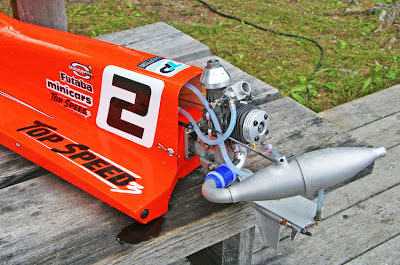 We can from this year use modified engines and pipes etc in our 3.5 cc tunnel class. I used for the very first time a slightly modified (a little raised exhaust port) TecnoPower M01 power head engine on my O.S. rig. The pipe is from Hipex and it has an internal stinger so the sound is a little bit less then a stock O.S. Max unit! 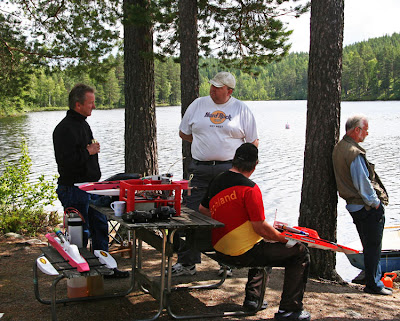 Nice weather on Saturday and the wind died down during the day... It was the worst in H3.5 and H7.5. 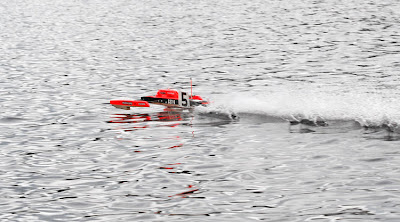 Micke's "production" KEP's T2 .21 was good in testing. This will be the next PDF freebie for download from me later this year. Stay tuned at this blog later this fall... :) 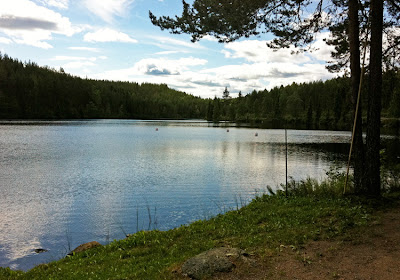 The lakeside right hand view when we arrived for testing. 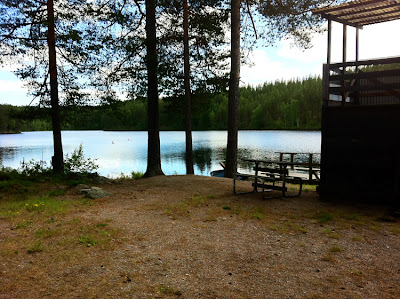 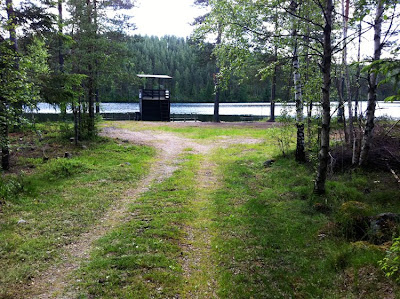 The location is awesome even though its a bit cramped with space at the race site.

Next race for me will be the NAVIGA FSR Worlds in Dessau / Germany where I will only race H3.5 this year as my V3.5 qualifying last year sucked. The next Swedish Nats are in September.

Have a nice summer!