On our way up to the latest Swedish Nats in Ludvika we stopped by one of Stefan Verdi's factories where they make one of the worlds best con-rods for full scale racing engines. The company is called Auto Verdi and they mainly manufacture two line of product types - high performance oil pumps and forged con-rods for two & four wheel racing vehicles and also for F1 Powerboat engines! 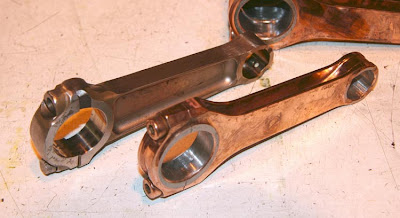 To the left, a stock Mercury F1 conrod. To the right a Verdi Mercury 2.5L F1 rod that is heading for the hardening process (the complete rod is copper coated except the bearing areas - they are the ones to be hardened). 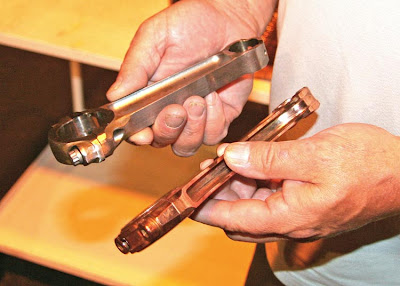 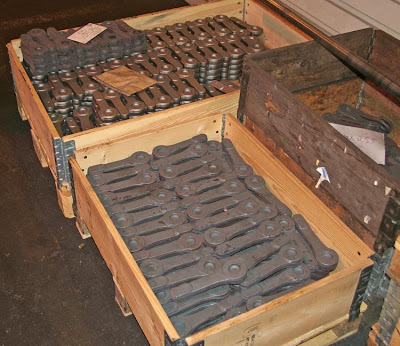 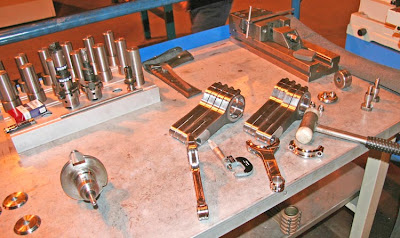 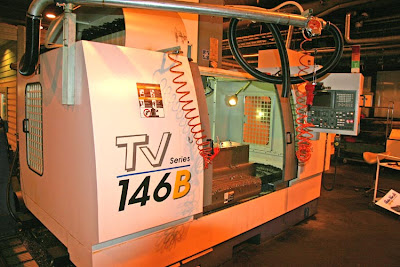 One of the many CNC machines. 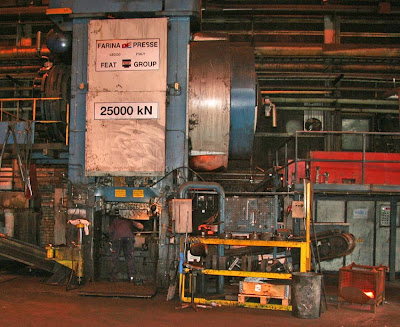 Here's one of the HUGE forging machines that spit out the rod blanks. 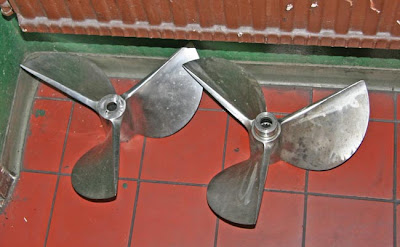 We where also invited to go and see his new "toy" but we where too tired on Saturday after the H3.5 and the tunnel race so we need to come back to that next year or so. The picture shows are a couple of test props for that boat... The boat will have a super-charged big-block V8 that they are aiming for about 1700 hp!

Here, here & here you can see a video of the boat and yes, its an unlimited GP hydroplane! It was earlier called Ladybug and it's made in the US by Ron Jones but have been raced in New Zeeland (and Australia) and if Im correct its the current UIM world record holder with 288+ kmh (179 mph)! Stefan and his crew aim to beat that record within a few years...
Posted by NE at Friday, July 09, 2010