Last test before the NAVIGA worlds

Yesterday we went to the pond for a last shake down before we go ways south for the NAVIGA worlds in Hungary. 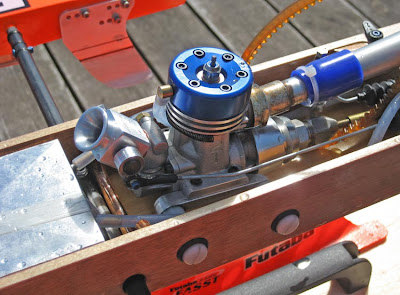 At the last nats I had my new back-up Kep's 21 outfitted with the new CMB .21 VAC engine but I could not get the stock VAC carb to work at all - I simply could not get it to run. So I bought a Eagle 21 rigger (will sell the boat though) that had an slightly used Mac 21 engine in it so I just had that installed with the trusted Zoom .21 carb. It ran pretty good from the first start. :) 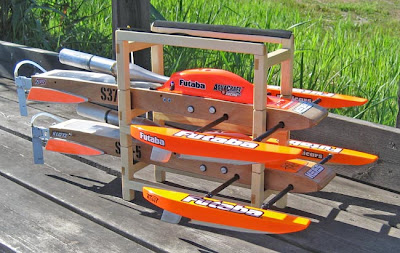 I made some new boat stands a few weeks ago and this is how they look like with boats added. The top one is for my Falcon II (FSR-V) boat. Click here for more pics. 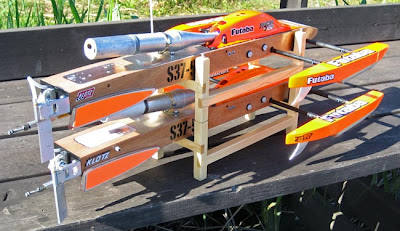 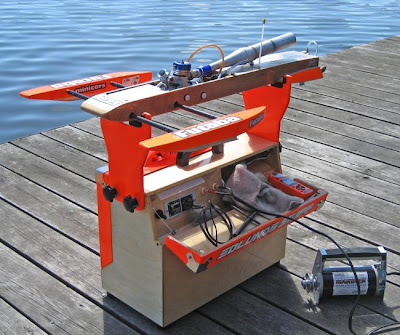 I have also made a new pit-box/starting-stand that is quite neat. Its originally designed by Tony Forslund but built by Peter Larsson and sold through Frederick Cederberg... ;) I made a new interior though as the original one is ment to use two 12V lead acid batteries. I use a 6S Lipo battery for the starter! It works good so far. After one day of testing I re-charged the Lipo pack (4800 mAh capacity) and it accepted about 400 mAh!

I also use a separate 10-cell NiMH Instant Vapex 2100 mAh pack for the Robbe glowdriver and that draw an "whopping" 340 mAh after a day of testing. ;)

After the worlds I will show you how it looks like inside also. 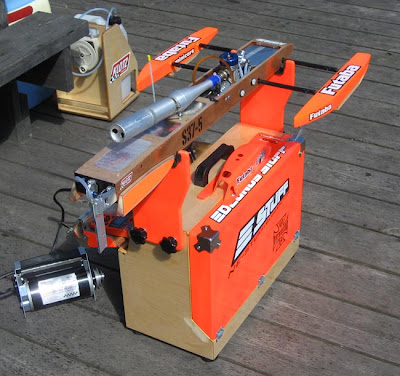 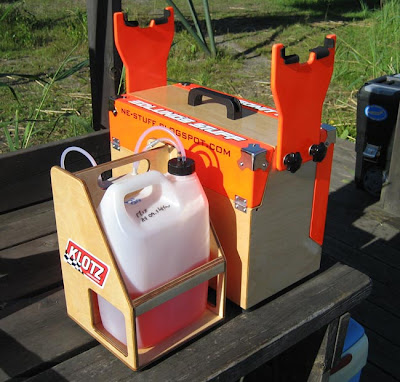 And of course I had to make a new matching fueling rig also. The Dave Brown six-shooter crank pump is on the backside of it. 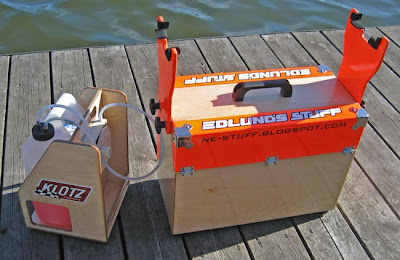