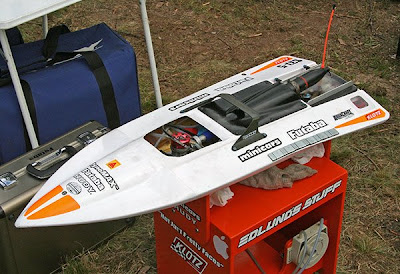 My Falcon II 3.5 cc boat with Futaba 4PK FASST™ radio. I use one of few CMB RSV-07 engines that runs good in the V-boats... I use Sirio S7 Turbo cold plugs and 40% fuel with 8% Klotz Original Techniplate (synthetic) and 7% Klotz Benol oil (recin). 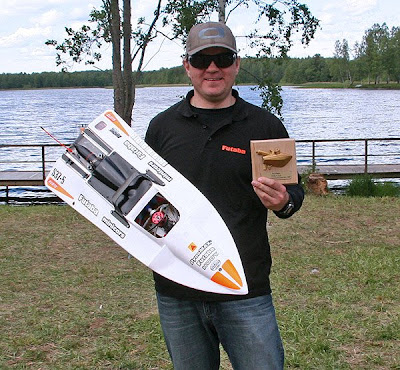 This is me with my Falcon II boat built by Tony Forslund - I won the 3.5 final in the windy conditions. 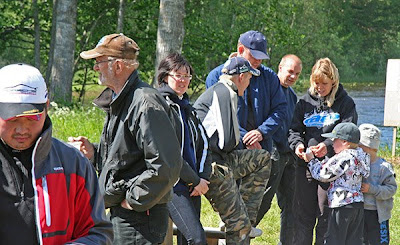 The Eksjö club did a good job with the race - this is some of them. :) 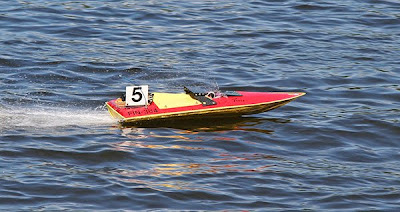 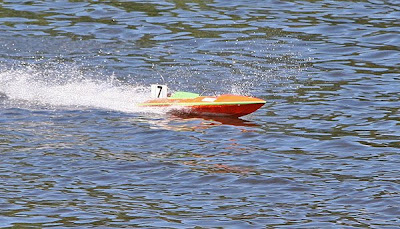 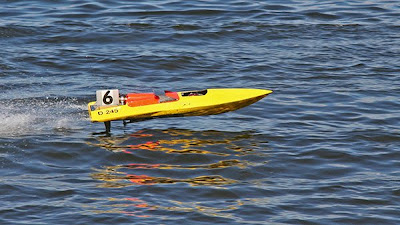 On Sunday it was actually getting warmer and warmer but the wind was still blowing from the north. 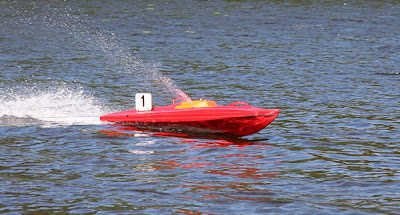 You could pull tree logs with this monster. It was very calm in the windy conditions though and ended up "fastest" in the "moped" class (35 cc). 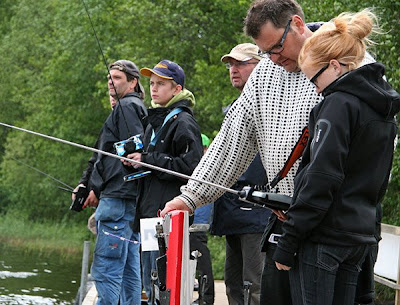 The Juniors during the 3.5 final. 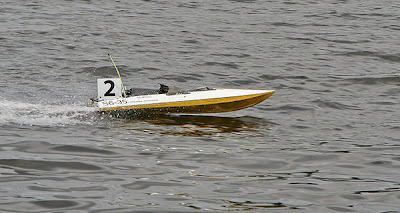 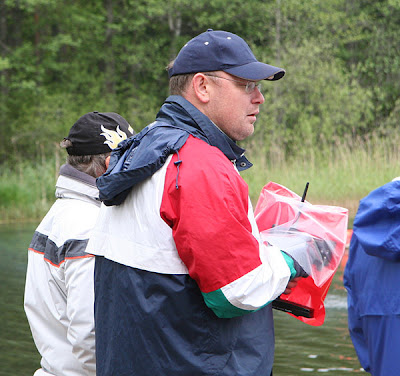 Fredrik doing some FSR-V style driving for the first time. 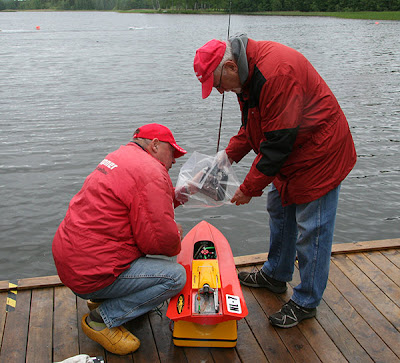 NAVIGA all-mighty "The Shaft" from the lower lands had floater shoes on. 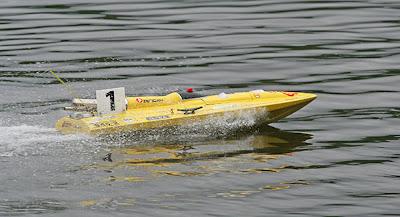 Sune's 35 boat was good but it leaked water so he did not start in the final.

This was Jan-Olof Hammarling's first ever RC race - he did good in the 35 cc class. 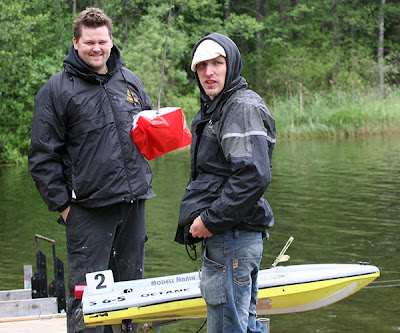 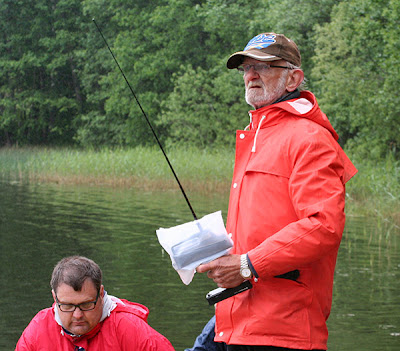 Fredde Cederberg was fast but didn't like the windy conditions.

Local FSR-V "Rookie" Fredrik Karlsson had fun even though he didn't make the final. 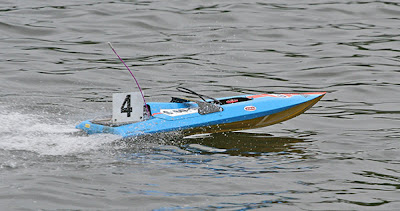 Christian Fridh's 3.5 in action - he ended up in second place. 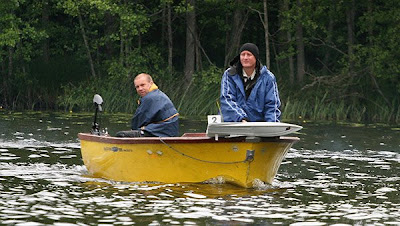 The rescue boat guys did a super job! :) 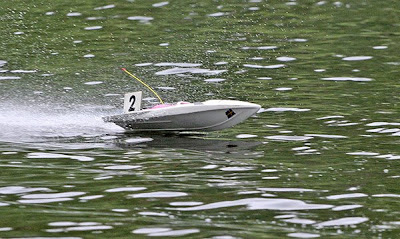 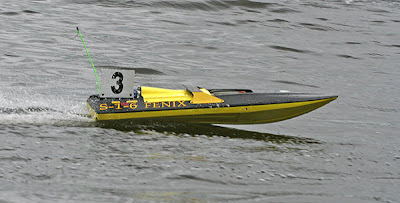 Staffan Zetterlund in 3.5 - he finished third. 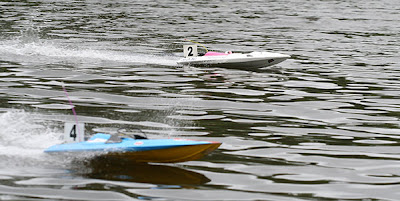 Christian Fridh in the blue boat and Lennart Jerksten in the "girly" paint job ride. ;) 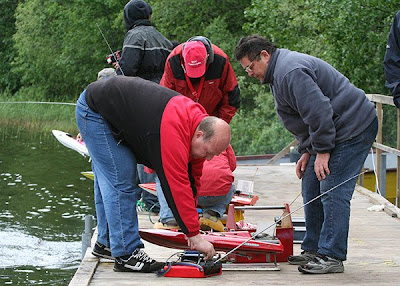 We even had a competitor from "Czechoslovakia" here.